I got into old school EBM through Nitzer Ebb's "That Total Age" album. Ever since then I have often wondered why I haven't heard anything similar to this release. BANG! Muscle! BANG! BODY! AUGH!! It came in 1987, how come in 26 years since then no one has succeeded in creating something similar? 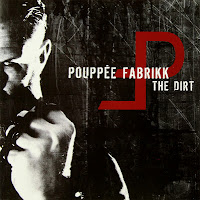 Neo-old school EBM, or what we otherwise got used to calling Anhalt EBM that especially woke up around 2003 and on wards, has in most cases been carrying the influence from That Total Age album. Many bands and projects have been delivering strong bass filled tracks with hard drums and energy-filled, sort of punk and militarist attitude, which describes That Total Age pretty well. But none of them have managed to feel so raw and alive as Nitzer Ebb did it. Their compositions were very monotonic, but felt varied at the same time. Part of it has always been McCarthy's voice that is filled with energy and power that can't be replicated unless you are him. Thinking about That Total Age, in the end I understood: it can't be made one more time. There is no point in trying to recreate those legendary sounds, because only Nitzer Ebb could do it. 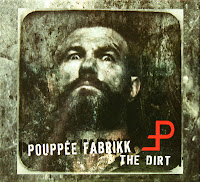 However, after exploring the last 26 years of EBM scene, I finally heard an album that comes closest to That Total Age. No, not in sound, nor composition, but the feeling. The feeling that this new album has its own power, message, and atmosphere. That it has its own rhythm, bass, and energy that no one else can recreate.  Pouppée Fabrikk - The Dirt completely ignores everything anhalt EBM has been working towards during the last decade, and they do their own thing - which comes naturally, afterall Pouppée Fabrikk have been making music since 1987, and have done their part in influencing modern EBM. In 2013 we finally got to hear the long (too long) awaited full-length album which is now (right now!) being released on Alfa Matrix. The label has been so kind to send out pre-orders up to one month too early, so Eine Tasse Jäger has been blasting this beast of an album for several weeks now, and it never gets old. Only dirtier (not in a naughty way). 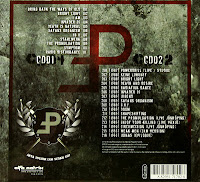 The Dirt is varied. After several listens, and despite that I have heard several of the songs before in both old and new versions, I keep finding new sounds in all tracks. The power of the voice that caries all 10 tracks (the 11th doesn't have vocals) is strong, energy-filled, and pissed-off only in a way that EBM can foster. The compositions are varied and every track has its own identity, but generally all of them are very heavy, tough and hard. Pouppée Fabrikk succeed very well in presenting a dirty sound, which has always been one of the their signature qualities. Their first releases back in time far far away carried the underground sound of old school Swedish black and death metal. This now more modern sound is filthy and dirty, just the way the band has been promising it would be.

Eine Tasse Jäger doesn't rate releases, but it suffices to say that The Dirt raises the standard bar for what EBM can be. Pouppée Fabrikk sends a message with this album, directed towards the EBM scene, which according to them is dead. When this message first came with the first single release of Bring Back The Ways of Old, I didn't completely agree. But after listening to the whole album, I was forced to change my mind. With some exceptions, modern EBM scene is monotonic, uninspired and repeats itself constantly (more thoughts about this, visit a friend's article about this topic, as well as an interview with Henrik Björkk: http://invisibleguy.wordpress.com/2013/03/31/article-stop-the-culturcide-w-interview-with-henrik-bjorkk/). This is how I interpreted Pouppée Fabrikk's message: Thoughts keep coming while listening to The Dirt, that the EBM scene needs more inspiration, variety, and experimentation. This is what PF did, and together with their expertise, that is why The Dirt rates among the top EBM releases since 1987. (I put that in bold for the drunk working class, so they can skip the text and stop wasting time on the Internet, get the album and continue the stomping beer fest!) 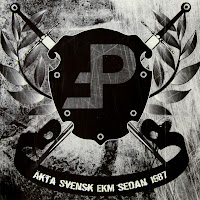 The Dirt delivers as a double CD, where the first one is the main album itself. It mainly consists of new recording of some old demo tracks (which were so underground, most people didn't even know they existed). These were originally created in the very beginning of Pouppée Fabrikk's spawn. They are completely reworked and rebuilt in every way possible, and sound truly powerful. The second CD consists of old sounds, the mentioned demos, and is interesting to hear especially for those of us who have been following the band's discography.

Bring Back The Ways of Old is a growling beast that overwhelms with energy and power. Bright Light is intense and fast. I am is bouncy and grim, while Invader 39 is more atmospheric and grim, reminding a lot of some of the tracks from their earlier albums. Death is Natural is a magnificent rework of an old classic, that now sounds so much stronger, bass-filled and thus more meaningful, with great lyrics. Satan's Organism is again more atmospheric and floating, but still harsh and hard. H8 U is most straight forward on the album, particularly because of guitars (which never get in the way of synthesizers!). Stahlwerk is an old hit that most have heard several versions of, but let's just conclude that this version makes justice even to Johan Damm's powerful growling vocals. Here it's also in English. The Promulgation is more monotonic and bouncy again, and Symptom is a track that has been released a few years ago on several compilations. Slightly different on The Dirt, it is a ground breaker stomping track. Radio Disturbance is what one can call a meta-track, starting off with a what seemingly is a discussion on the radio about Pouppee Fabrikk and Die Jugend track (makes one very curious on how it ends, as it is cut off in the middle). I don't feel that these descriptions make any justice to the tracks, they must be heard: http://www.alfa-matrix.com/shop_comments.php?id=2353_0_8_0_C 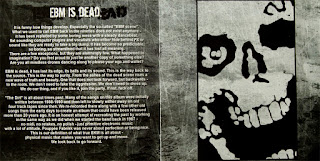 To sum up, The Dirt is a milestone in EBM scene. With it's unique sound, never-ending power and energy, it probably means and provides many different experiences and perceptions to its listeners. But that is also a sign of great music. Eine Tasse Jäger stands by the statement that The Dirt is among the best releases in EBM scene since its beginning, not only because it reflects the influence the band has had on this scene since late 80's, but because of its own unique musical identity and energy.

Bring back the ways of old!