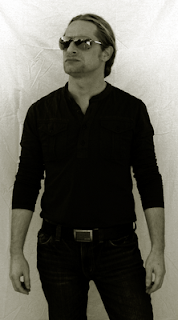 For many, Equitant is known through outstandingly great, monotonic, hard beating EBM tracks "Körperwärme" and "Mekanik". Last year Equitant created a new project, a collaboration with Yasmin Gate, which presented tracks of the same quality. This time with great female vocals, which being a rare thing in old school EBM, Yasmin fits this music extremely well. In both Equitant and Equitant & Yasmin Gate projects you can hear what is some of the hardest beats in old school EBM genre, with a touch of old school techno, and a great deal of hard energy stemming from Nitzer Ebb's "That Total Age" album. Being the only old school EBM artist from the US, Equitant stands out in modern EBM scene with its own well-developed sound, and receives an additional amount of Eine Tasse Jäger worship! It is in order with an interview - and while you read it, listen to Equitant's myspace player - and, oh great Jägerbottle forbid!, try to resist go on looking for a sledgehammer to smash things with, in rhythm. Or (stomp)dance, if that is more your thing. Or just nod your head in accordance to the beats, if you are shamefully lazy.


1TJ: Equitant has existed for a long time, going as far back as 1993. Can you shortly tell the history of this project?

Equitant: Equitant was formed around the same time I was doing another side project band called “Equimanthorn” in 1993. This was very dark ritual style synth music, and very experimental. I wanted to do something on my own with no other members, something that was just a synthesizer and myself. So I set out to write and record a few demos...it was nothing like my music today. It was more or less synth music in the style of Tangerine Dream or Mort Garson, a dark Tangerine Dream with some vocal narrations over the sounds. It was all very “movie sound track” oriented. After 1994 nothing was done with my solo work. It was not until 1999 that I started making electronic music with drum machines, and beats…techno oriented.

1TJ: You were in thrash metal band Absu, which is musically different from Equitant. Did your experience in Absu influence Equitant musically?

Equitant: Not really. Though it did give me the experience of the whole "writing music process”, working with members and the music business in general. Doing extreme Speed Metal/Black Metal is far from doing electronic music. But, the 2 do have some similarities, the heaviness and the aggression; and both are darker forms of music. Those are 2 things very much in common with these forms of music.

1TJ: What music do you listen to, in general?

Equitant: I started out listening to Punk Rock in the 80’s, then discovered metal, then 70's progressive rock/art rock etc. In the early 90's the two that really opened the doors to electronic music for me were Kraftwerk and Laibach. These days it is mainly electronic music that I listen to, electro, EBM, techno, italodisco etc. Any electronic music from the 80’s is always great!

1TJ: What influences the music you create for Equitant?

Equitant: Kraftwerk, Nitzer Ebb, Depeche Mode...the earlier material of these three I prefer the most.

1TJ: You run Black Montanas label entirely alone? Can you tell us about this label in general in a few words? What is its vision?

Equitant: I do run the label alone, and it’s very hard work, but totally worth it. Black Montanas originally started as a magazine in the early 90's, and then became my label for early Equitant demos in 2002. In 2007 it became strictly a digital Internet label. The label provides worldwide digital distribution and representation for independent artists of an electro, techno, EBM and experimental variety. We are distributed worldwide through: Black Montanas Mp3 Shop, The Reliquary and Black Leather Records. You can find all the releases on itunes, amazon, emusic, rhapsody, junodownload + many more. The vision is just to expose people to some very good underground electronic music!

1TJ: How did you come up with the collaboration project between Equitant and Yasmin Gate?

Equitant: Of course I was a fan of her past project "Dirty Princess". I first got in contact with Yasmin through "Red Industrie" (Mexico). They wanted me to do a remix of "Electro Body" that featured Yasmin on vocals. So ELITE! and myself both did remixes for this track and released it on Black Montanas. We wrote the songs from the ground up, since Red Industrie did not send us any samples for the remix, only Yasmin's vocal track. So we gave the song a nice EBM feel. After this Yasmin and I became good friends. I had been working on demos for some new tracks, just a few loops. So I sent these to her and she did the vocals, lyrics and named the song "That's All". I then re-worked and re-wrote the song from these few loops and her voice. We then decided to release it as "Equitant & Yasmin Gate", and not just "Equitant". I also produced a song "You Know What I Want" for her debut album that will be out on Space Factory Records (France). Along with other collaborators: T Raumschmiere, Ikki, Douglas McCarthy, Migue Garcia and Petra Flur. Look out for it! 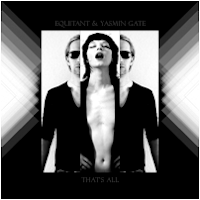 1TJ: Do you have more future plans for Equitant & Yasmin Gate?

Equitant: We plan to do a new EP maybe this summer, if we are not too busy. Time will tell I guess. We did just release a remix release of artists remixing "That's All" on Black Montanas called “That’s All The Remixes”. Some very good remixes by Adriano Canzian, Mini, The Crime, The Crime & Yan Sizov, Kaball, Salamander, Darank, Fabrique, Cute Heels, Ciudad 70, Strange Connection, C. Denza, Jonathann Cast, Lethargy, Ruben Montesco, The Blisters Boyz, Struck 9, Jauzas The Shining and Heko.

Equitant: Right now I am working on a few new remixes. After this I will stop work on remixes and the label to start my 4th full-length album. It will be a long process, at least 8 months to write. So I am looking forward to it.

1TJ: Equitant is more or less the only old school EBM band from the US, that we are familiar with here in Europe. How is old school EBM scene in the US?

Equitant: Heh, I don't know of any good old school EBM from the states. Europe is the capital of this style of music! Texas does have a great EBM label about an hour from my city, in Austin Texas, "Sigsaly Transmissions". A very good label with: AUTODAFEH, K-BEREIT, IMPULSE CONTROL, NTRSN, PORTION CONTROL, RED FLAG, VOID KAMPF, XP8.

1TJ: Are you going to come to Europe to perform live someday?

Equitant: I do hope to come to Europe one day again...the last time I was in Europe was 1997, its been too long.!! Maybe this year I will return once again. I hope so. I have had some offers, but noting for sure yet. Thanks for the interview!

So here's a few cups of Jäger in hope of seeing Equitant bring his hard beats to let's say, Familientreffen!
Posted by Fishermang at 16:40 1 comment: