A new release from KROPP

KROPP has finally launched an official webpage, where you can listen to and buy songs in mp3 format. This includes many songs that you might have heard on Myspace, but also three new ones (at least they were new to Eine Tasse Jäger blog). You can get single songs or purchase the whole album.

For those who aren't familiar with KROPP, expect a maximal Nitzer Ebb - That Total Age experience, not the least when it comes to vocals. However, also note that the lyrics are in Swedish! Scroll down below and find the very first entry in this blog for a detailed discription of this powerful old school ebm act.
Posted by Fishermang at 12:45 No comments:

Those two events deserve a special notice as they actually reach a festival standard, especially if you are willing to travel between Berlin and Leipzig. That, and the fantastic line-up!

December 5th in Berlin: Headlined by the old timers Yelworc from many years ago, with their old school dark ebm. This is their first live concert after 15 years, so special it is. The other bands are newer, but still very old school: Blue Eyed Christ, Ad:KeY, Kommando XY, and Franz Riss.

December 6th in Leipzig: Headlined by Sturm Café and Blue Eyed Christ, and supported by Ad:KeY, Kommando XY, Franz Riss, and A.D.A.C. 8286. The event is fittingly entitled "These Boots Are Made For Stomping". Expect a dancable experience then!

If you aren't familiar with those bands, scroll below to find descriptions of some of them or follow the Myspace links. In any case, both concerts should appeal to all old school EBM fans. For those who are familiar with these acts, you know that you want to go! Kommando XY will by this time
have released their new album, so expect new material live! For those wondering about Franz Riss, the myspace page only presents ambient tracks. For a more fitting demonstration scroll below and follow the link to Stakkato.

There is only one negative side about this, that Eine Tasse Jäger blog won't be attending any of these two, due to economical reasons. It takes money to travel from Norway to Germany!
Posted by Fishermang at 13:21 No comments:

Labels: Eine Tasse Jäger blog wishes that it lived in Germany. Norway only has 5 old school ebm fans. Not more. 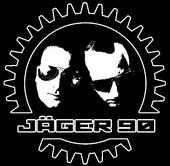 Posted by Fishermang at 12:58 No comments: 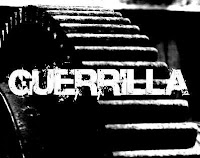 The Dutch Guerrilla is hard-beating, heavy old school ebm. You may know the related projects such as DNF, the newly discovered Agrezzior, and Xolez.

The band has released quite many songs, and recently put up some new ones on their Myspace, so this blog is notifying you. Check them out for heavy and hard monotonic masculine experience! Sometimes it reminds a little of DNF for those who are familiar with it (those who aren't, watch out for an introduction in the nearest future). However, Guerrilla presents clean vocals and slightly more heavy stomping drum beats than a typical neo-old school or anhalt ebm band. Listen for yourself in the link above!

"Under The Red Star"! 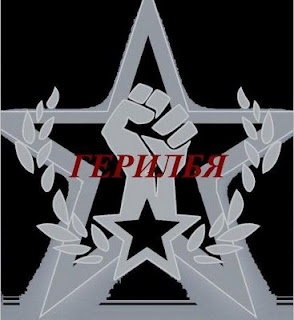 Posted by Fishermang at 19:10 No comments:

Kommando XY are coming from the North (Sweden that is) to hunt you down, the way they hunt down moose in their own cold Swedish woods. The release date of the new album is set to 1. December, it's title will to be "Welcome to Gestrikland". 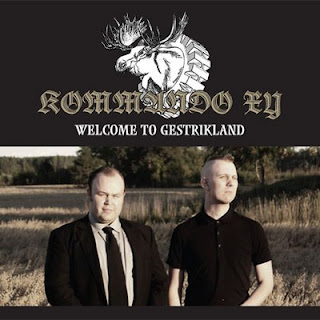 In case you are wondering what moose has to do with any of this, I urge you to go and read the interview by Electric Tremor, regarding the new release.

For the unknowing, Kommando XY is Swedish old school EBM, with a good amount of humour and a greater amount of RAW sound and vocals. Coming from Gustav, who also is a member of Sturm Café, you can recognize some similarities with the latter. They have a few releases behind them already, and you can hear a collection of their older material and stuff from the upcoming album on their Myspace. This band should appeal to any old school and anhalt ebm fan, some may experience it as a more raw version of Sturm Café (which again in turn should appeal to fans of old school Nitzer Ebb and DAF).
Posted by Fishermang at 12:31 No comments:

New album from AD:keY, called Thema Nummer Eins is soon released on Electric Tremor (thanks to Tanzbefehl for tip). This is their first album, presenting old school ebm in the standard way everyone would prefer, but yet still being a little different. It should be out on 25. 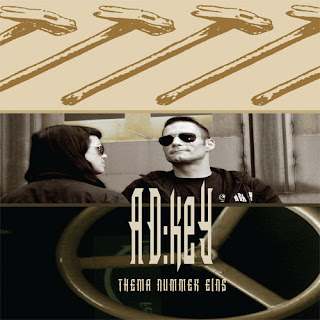 November, and by then you should be able to find it on Electric Tremor pages. For nice old school sounds, check their Myspace. Those are a nice introduction of how the album will be.