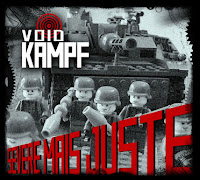 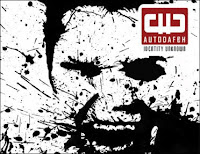 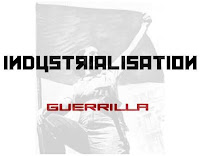 Posted by Fishermang at 12:21 No comments: 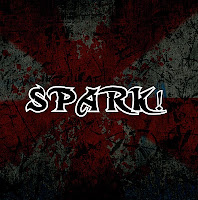 The Swedish duo Spark! are back with a new EP release - "Genom Stormen", this time released through Progress Productions. It will be available on April 14th this year, and can otherwise be pre-ordered any time right here. It may also be available for digital purchase.

This new EP includes four new tracks, of which two are remixes by old EBM veterans Leæther Strip and Project-X. The new songs are "Genom Stormen" and "Tankens Mirakel". You can preview one of those on their Myspace, where it seems Spark! are continuing farther in their fashion of making hard beating old school EBM with a stronger presence of melody.

For more Spark! experience - make sure not to miss them on this year's Familientreffen! They can otherwise be seen performing on 23. April and 29. May in Sweden. Wear a blue sock on your left foot, and a yellow one on your right.
Posted by Fishermang at 15:20 No comments: 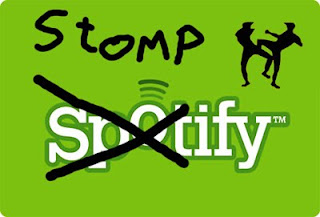 Old school and anhalt EBM has made its entrance into Spotify, so it is naturally about time to sum it all up and present the links here. I will update this post as new albums appear there, and you can always access it on the list of "downloads" to the right. ---->

For those who are not familiar with it, Spotify is a free and legal program that lets you listen to music, but has some harmless commercial breaks from time to time (that after a while make you want to bash your bottle into your monitor). It is unfortunately only available in some countries, so not everyone can use it yet. In case you don't have Spotify, search google for "spotify invites" and you should find it for free.
With a little help of Afront's old school EBM playlist, here are all the old school EBM and anhalt EBM albums in alphabetical order on Spotify (this link is a collective playlist of all oldschool and anhalt EBM by clonn):
New Oldschool EBM and Anhalt EBM:

Labels: Hi i am eine tasse jäger from spotify and did you know that you can now drink jägermeister while listening to your favorite oldschool ebm classics? Tune in and stomp out
Newer Posts Older Posts Home
Subscribe to: Posts (Atom)