Here are some of the new unreleased songs from Sturm Café..

Sturm Café put up their newest unreleased tracks for free download (now that the second album won't be released after the split-up of the band), and I got the "OK" to publish them on this blog.

Download them here (rapidshare)
or
Here (sendspace) (in case rapidshare is too busy..)

Otherwise, another EP "Scheissnormal" from Sturm Café might eventually be released as the last from Sturm Café - here is to hoping that it comes true!
Posted by Fishermang at 20:35 4 comments: 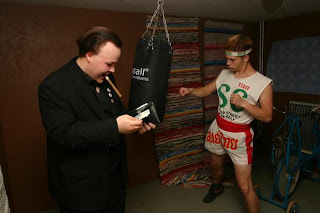 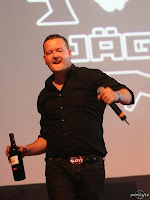 Time has come for another load of old school ebm news, keeping up the news-channel image for this blog. *Insert commercial here: have a sip of Eine Tasse Jäger every day!* 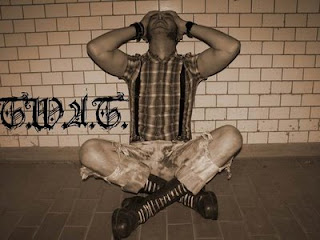 T.W.A.T. continue their Oi! Body Music trend with another two new quality tracks, which you can now listen to on their myspace: "Gaza" and "The Barricades". Let's hope that T.W.A.T. get all the attention they deserve when they play at WGT warm-up on 28. May in Leipzig. The unique and different catchy style of this band is definetly worth everything.

Angstabrikk have released their album "Daneben heißt richtig liegen" and you can buy it and view the track list here. It includes many of the songs you can hear on their space, and interestingly a cover of Dead Kennedys old hit "California Über Alles". This album doesn't entirely present the style Eine Tasse Jäger is about, but some songs like S.W.G.A.C.D.S. will definetly appeal to old school ebm fans. You can see them live in Leipzig, 21. February (that's next weekend).

Guerrilla are preparing for their appearance on Familientreffen 5 this summer, with new tracks on their Myspace. Go there for a taste of more new minimalist old school ebm!

Batch ID are keeping it up with more new material as well: "EBM Girl" is their newest song and you can hear it on Myspace. The band has plans to release an album on their own label soon. While waiting for that to happen, you can download their song "Charterfront" for free here.

Judge: Dred has changed band name to The Blister Exists, 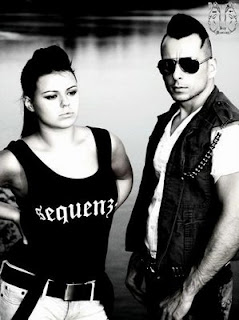 and all older material and new album to come will be under this name. "Judge: Dred" had to be dropped because of potential copy right problems, when officially releasing an album on a label. Which should mean that this old school ebm band with their heavy Pouppée Fabrikk worshipping style, should release a debute soon. All hail The Blister Exists!
Posted by Fishermang at 15:34 No comments:

Labels: another sip of jägermeister 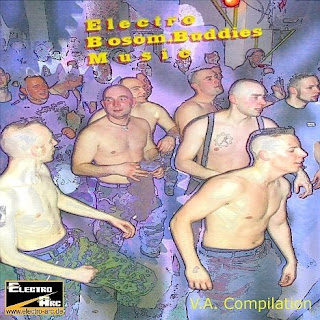 Featuring mostly newer anhalt ebm and new old school ebm bands, this 1 CD compilation is a great introduction to this genre of music for those who aren't familiar with it. It holds a great variety of bands, so it should appeal to ebm veterans as well, making sure everyone is updated about the newest acts in this scene. In addition, some of the tracks appear to be exclusive.

The title Electro Bosom.Buddies Music certainly won't make EBM seem less gay, but it's all in the good fun. This compilation is a nice "warm-up" to the 4 CD Old School Electrology that will be released this June.
Posted by Fishermang at 14:50 2 comments: 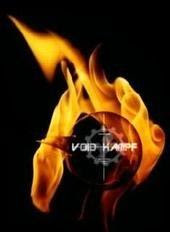 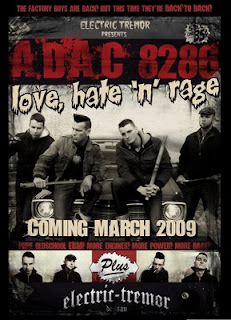 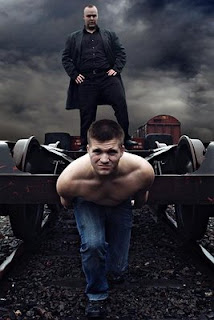 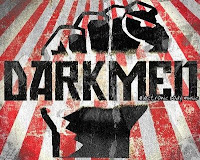 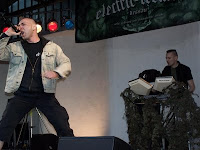 And last, but not least: a new releaze from Sequenz-E is coming this spring, also released on Electric Tremor.
Posted by Fishermang at 15:41 1 comment: