A few Christmas gifts from old school ebm bands for your Christmas parties!
Container 69: A free single about the major Swedish alcohol provider: Systembolaget. Drink up and stomp around the tree!
Oldschool Union: A new free Christmas song, as always in Finnish!
Enjoy, & thanks to these bands! 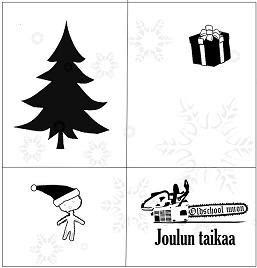 Posted by Fishermang at 15:51 No comments: 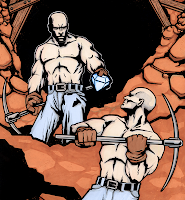 The legendary beast of old school electro and EBM has been in the works for several years now. The intention was to release it this November, but the label ran into financial difficulties, due to unexpectedly slow pre-order rate, based on its underground nature. All is well, however - Old School Electrology Vol 1. is only a few pre-orders away from being sent to its faithful fans.
That is, the label needs a few pre-orders to be able to finance its proper release. In case you have been planning to acquire this huge collection of 81 entirely exclusive tracks, now would be the time, before the remaining few copies are grabbed up. The Great Steelworker of Electro Aggression Records has promised that Old School Electrology will be able for digital purchase download sometime in the far future, but because of the underground nature of this scene, projects this big in size take a lot of time.
In case you aren't familiar with all this legendary EBM talk, feel free to visit the official label page and eye the never-ending track list. Some audio snippets are available as well if you scroll down, so you can also ear it. 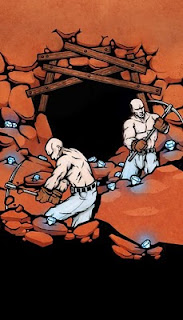 The poster for this release does a great job describing what it includes on the inside. Those pearls, that the big muscularly men are picking up, represent the exclusive tracks by the old school EBM and old school electro scene's finest bands (the big muscularly men are of course us, the faithful fans). In case you aren't a muscular man/woman, you can do push-ups while listening to Old School Electrology, because all these tracks are filled with pure old school EBM and electro FORCE!
Posted by Fishermang at 15:45 1 comment: 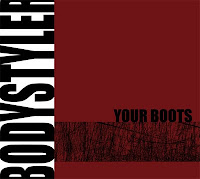 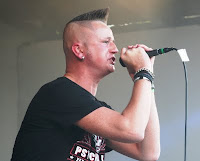 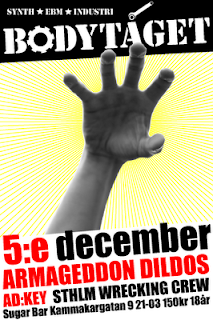