Rise of the underground: new bands and projects

It's time to do a little sum-up of the recent additions to the band list and events. There have been many new anhalt ebm bands and projects from last six months.

First of all, let's do Poland! Bodyfest (see the post below) is a particularly huge event in Sweden with a legendary line-up, but it turns out the Collapsed City Festival three weeks later on 31. October in Poland (Szczecin) is a great follow-up. The line-up is entirely old school: AD:keY, K-Bereit, Spark!, Spetsnaz, Sturm Café, and Jäger 90 as the well-deserved headliner. Apparently Eastern Europe is growing on anhalt EBM, which two new bands from Poland also show: Human Steel (an industrial electro band with a touch of anhalt ebm sound), and Butaprendisko which is purely hard stomping anhalt ebm (you can download free promo tracks from this project here). 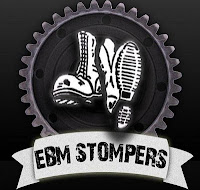 Underground, as Electric Tremor always is, their release from more than a half year ago, presents many new bands which deserve more attention. The release "Der Arbeitende Mensch/ The Working Man" was a mix of 32 different tracks, remixes and exclusive unreleased material. It brought many new bands to the scene, such as EBM Stompers - a purely anhalt ebm project with a heavy attitude and various speech recordings instead of vocals, Volkszorn - more straight forward anhalt EBM with growly vocals (and not in a harsh-electro way!), Legionaire - which do the legionare themed warrior anhalt ebm very well, or Endzustand - melodic, but tough anhalt ebm. And other new bands from Der Arbeitende Mensch: Frontschweine, Operation Korsakoff, E-norm, IBang Elektronika, Front Syndrome, Schlagkraft, D-F-O-W, Neukampf, L Szenario, Neuro Rhythm, Low Tech Front, Kälteidiotie, and NordarR - which by now have released their first album on Electric Tremor. Electric Tremor also have released an exclusive various artists album dedicated to Familientreffen VI, with mostly new tracks from several bands - such as DBS, A.D.A.C. 8286, T.W.A.T., and Container 90.

Otherwise, there is Sturm Café with a few new tracks on their myspace and a new release sometime soon. Another addition to the French anhalt EBM scene with Karbu38 (with their fantastic song Ready Steady Go, which you can download for free on the links to the right). A more unique project called Mineshaft - which does covers of old pop songs in a hard beating and catchy old school EBM way. Fritz' Kotze is another new German anhalt band with particularly nice tracks "Wir fahren jetzt nach Dessau" and "Gehirncontrolle" and its remixes.

There is also a new old school EBM band from Chille, called Dr. Body, with many references to old EBM bands. Rhesus Factor has an insane amount of new songs and a new release, their style a mix of old school EBM and techno. Blood Shot Eyes is a pioneering Italian anhalt EBM band with straight forward energy, and they have uploaded their first EP for free. MachineSoldier is a Danish old school EBM band which has always been closer to Front 242 in its style, but their most recent track "We Are Back" seems almost as a truly fantastic tribute to Nitzer Ebb's "Let Your Body Learn". Unfortunately you can't hear it on their Myspace, but it can be found on 14. Elektrisch Festival sampler. AWIlum is another old school ebm band with unique vocals filled with energy. Electroparia is a tough, very heavy music with lots of bass and awesome catchy melodies. And Tech Nomader are working on their new album, which will be released on the new Elektro Kommando label.