For those who use Spotify to listen to music, you can now get a taste of old school and anhalt EBM there as well. Their huge music database has been filled up with all of Electro Arc's compilations, which are a mix of all sorts of minimal electronic and industrial music, as well as the magnificent Electro Bosom.Buddies.Music compilation, which is oldschool and anhalt ebm exclusive. 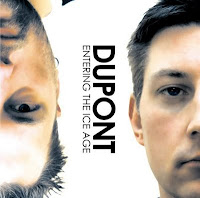 Additionally you can find Jäger 90 "Muskeln und Küsse" album,
and the new Dupont album "Entering The Ice Age", which gives a very nice mix of hard old school EBM (i.e. Behave and Run For Protection) and a special kind of synthpop that somehow always keeps a touch of EBM in it.
And, while speaking of Dupont, if you are nearby Leipzig and Frankfurt this weekend (that is today and tomorrow, 21 and 22 August), make sure not to miss their live concerts with SPARK!, Angstfabrik, and Armageddon Dildos.
For those who don't know what Spotify is: it's a tiny music program which is run by ads and subscriptions, and has an enormous music collection of all possible genres. To get it for free, search google for "spotify invites".
Here is to hoping that it will add more old school ebm to its collections!
Spotify links:
Dupont - Entering The Ice Age
Jäger 90 - Muskeln und Küsse
Net.Ware Responsibilities (with among others Jäger 90 and UGH...!)
Electro Arc Compilation Vol. 2 (with among others Jäger 90)
Electro Arc Compilation Vol. 3
Electro Bosom.Buddies.Music (anhalt and oldschool ebm exclusive compilation)
Net.Ware Twist Of Fate (with among others Batch ID and Bodystyler)
Posted by Fishermang at 15:32 1 comment:

Another new compilation from Intrendent and his Electro Arc: Net.Ware Twist Of Fate Compilation.
This time of a much broader musical range, including general EBM, Industrial, Future Pop, and our beloved minimal electronics. Of bands this blog promotes, two are included with new songs:
Bodystyler and Batch ID. You can listen to samples and buy this compilation or single songs here.
This autumn brings lots of new music to old school EBM fans. Among many others (which will be presented soon in the nearest future), there are new releases coming from Jäger 90, AD:KeY, and AutoDaFeh.
Jäger 90 have already finnished their fourth album (second on label) and "Drischne Skasal" will be released on September 15th, on Electric Tremor, and will have whole 12 new songs. Days are being counted until then!
Autodafeh continue their heavy mix of oldschool Nitzer Ebb and Front 242 with an EP release in a few days, and a whole new album release in October. The EP "Re:electro" features 7 new tracks, and will be available from 21. August.
And AD:KeY have entitled their new album "That's it!" and plan to release it some time during autumn!
Additionally, the long awaited Old School Electrology Bible is finally approaching it's finnish, and should be released sometime during this October, with pre-orders available in September (more details will follow as this legendary release comes closer!). 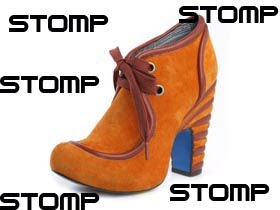 Photos of Volvo 242, Rummelsnuff, and A Split Second from Familientreffen V. The remaining photos (Guerrilla, Kommando XY, KROPP, Jäger 90, Sturm Café, Parade Ground, AD:KeY, Autodafeh, and Void Kampf) can be found in previous post. Also, check out the very nice photos from my friend blog aussagen[b]logik.org!: Day 1 and Day 2, they also include pictures of Bodystyler, Coinside, E-craft, Sequenz-E, Spetsnaz, Proceed, and Agrezzior.
Below you can also find youtube links from the festival, and other photo galleries. I update this list everyday, as I find new links, so make sure to check back!