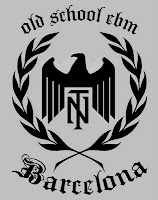 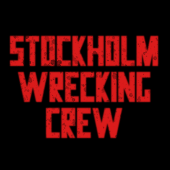 And, make sure to check out the new swedish old school EBM band: Stockholm Wrecking Crew. They have a nice punkish approach, and a typical Swedish sound. Check their first three songs on Myspace, or download one of them (Revolverman): here which SWC were so kind to upload for free.
Posted by Fishermang at 16:25

Bomb Likör was a nice recommendation, Fisher. This Thoralf's side project shows the awesome creativity of this guy. I really like the sound, specially on "Du bist anders", deep into the D.A.F. vein. Cheers, bro, take care.

they sure are amazing, go SWC!