Watch out! Beware! EBM is stomping to a town near you. Concrete will be drank and asphalt will be eaten. In a good way.

There is some good music coming in 2014. Some of it is already released, and some is coming your way soon. So let's get on with it. 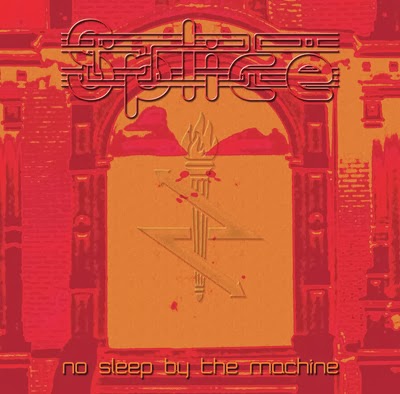 No Sleep By The Machine releases a new album called Splice. This band has always been sort of like a secret, a new track surfaces here, another surfaces there, and suddenly there is a new album out of nowhere. NSBTM is constantly growing new fans, and it is a very well deserved attention. This new album sounds like it always does: harsh, sharp, intelligent and slightly weird-in-a-good-way old school ebm. Not all tracks are 100% new, as some older versions of some can be heard on their earlier released album last autumn. However with this release No Sleep By The Machine mark their spot across all industrial and EBM genres as something special and unique. 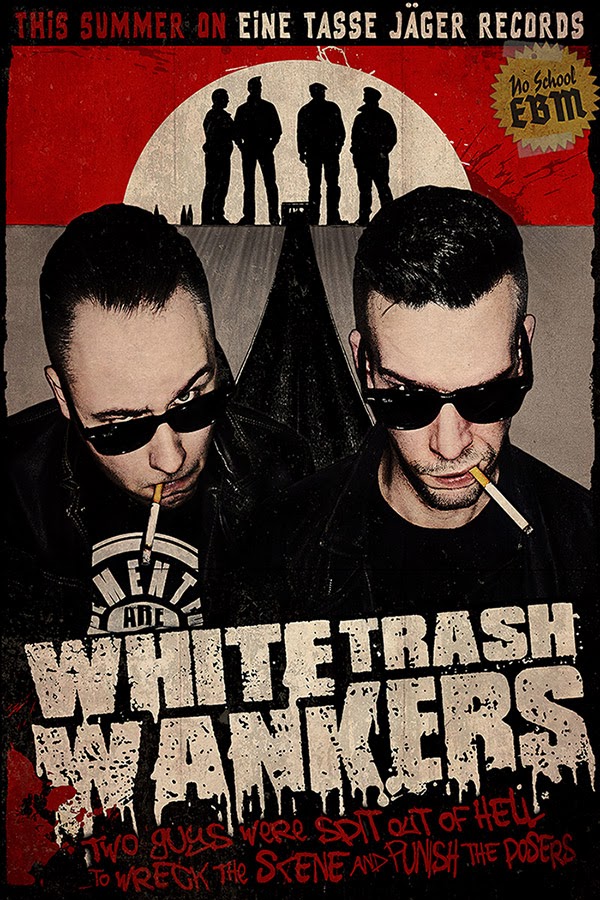 White Trash Wankers are also finally put on a release map. In fact, their debut album is coming on Eine Tasse Jäger Records which this blog has grown to transform into. More on this in a later post. White Trash Wankers will release their debut album during this summer, featuring a heavy and fun mix of EBM and psychobilly. They are also lined up among one of the openers of Familientreffen festival this summer, and we have no doubts that it will be a bad ass fun experience. Save your wank for that day..

Invasion of Female Logic is another project that stands out, as it mixes its way through a ton of electronic and industrial subgenres, but luckily for us ends up mixing it into old school EBM. What Eine Tasse Jäger likes about it specifically, is that it sounds so uncompromising: bass filled and very defined, with strict yet very masculine female vocals. Some of the tracks deliver a proper punch (not the drink). It seems the first album from this artist will be released by Electro Arc and will be a mix of EBM, synthpop and elctro. No specific date for that yet. 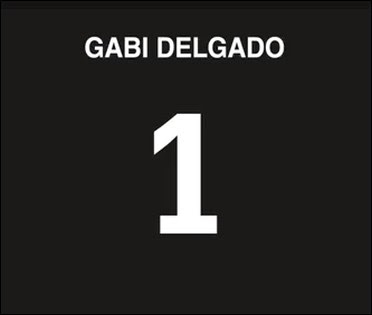 Then there is DAF. Or more correctly, mister Gabi, and he releases a new album called "1". There is techno there, as well as house music, pluss hard EBM beats and bass in addition to a dosage of DAF-atmosphere. There is also sex. In any case, this album should satisfy the needs of most people into alternative electronica and its many subgenres.

Stockholm Wrecking Crew are finally ready with their first official release, which is an EP with four new tracks and a remix, which is a truly bad-ass piece done by Nordarr. No date for release yet, but it seems everything is ready, so it should be any day now. Rumour has it Stockholm Wrecking Crew will release a full length album during autumn this year. And it's about time! 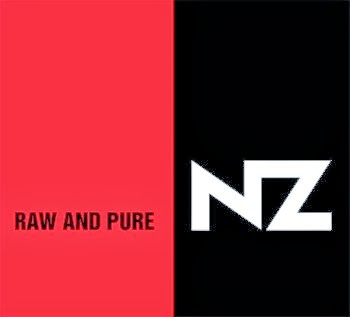 And this leads us to NZ, which appears to be a somewhat anonymous act from Austria. Mastered by singer from Spetsnaz, it in every possible way screams That Total Age and Isn't It Funny How Your Body Works eras by Nitzer Ebb. In fact, this can be seen and heard as a true old school Nitzer Ebb tribute. So far Eine Tasse Jäger has only heard KROPP pull of a proper old school Nitzer Ebb style, but NZ goes even farther. Sound, vocals, lyrics, even the layout for the EP CD cover is strictly true to that style. It isn't always very interesting to hear a copy of another band, but NZ does it so well that Eine Tasse Jäger was immediately convinced. NZ debut EP "Raw and Pure" is released 15. March.

Struma! (no excalamtion mark in band's actual name, I am just excited. About the band, not the desease..). Struma is a project from Sweden that is a fresh breath of old school/anhalt EBM. We got a great track from one of Electro Ark's compilations in autumn 2013, which reminded us of the already legendary KROPP in its energy. But Struma doesn't stop there, Struma delivers varying music with lots of energy. On its newly released EP "Septic Rust" on bandcamp you can hear for yourself: there is a mix of typical anhalt EBM, with some more atmospheric "lighter" tracks.

Aditionally, as mentioned in a post below, Stechschritt is out with a new album "Die Neue Jugend" on 22. March. Expect a full anhalt EBM spirit, a cover of ELITE!'s "Harte Liebe", and an input from Rummelsnuff on guest vocals.

There is also a new album from Frontal coming 15. March, but we haven't heard any sounds from it anywhere yet. Thus it is hard to say before its release.

Word on the street is also that A.D.A.C. 8286 are finally giving us what we have been waiting for five long years: a new album later in 2014..